This section allows you to view all posts made by this member. Note that you can only see posts made in areas you currently have access to.

Main / Gawd! I love saying this!

Main / And therrrrreeessss your excuse....

"It made national news, the story of a baby discarded in an airplane trashcan, sparking an intense search for the baby's mother. A Philippine woman has come forward, confessing to having given birth to the baby on a flight from the Middle East. Her reason for abandoning the child; her employer raped her and the child was the outcome of the hideous act. She was ashamed of being raped."

Read the rest of the story here:  http://www.examiner.com/headlines-in-san-francisco/mother-of-newborn-left-on-plane-claims-rape-led-her-to-heinous-act

Main / wow, and from a woman tah boot!

Tom arrives home from yet another night out with the lads. Not able to hold his drink, he staggers across the room with just a sideward glance at his wife, Mary.

He tries to speak, but all that comes out of his mouth is a mumbling of gibberish soon followed by the contents of his stomach. He looks disgusting, smells repulsive and sounds hideous.

Mary has had enough of this bullshit. Why should she have to accept such carry-on? Her blood boils, she grabs the barely cool iron and lets it rip at the sleeping eyesore on the couch. Still raging, she lunges at her husband, hitting, scratching, kicking. That will teach him.

Who do you think is the victim here, Tom or Mary? Some may believe it to be Tom, but I am willing to bet that a lot of sympathies will lie with the long-suffering wife. You might argue that she is dead right not to put up with this treatment and that she is scoring one for the sisterhood into the bargain. Retold with a bit of imagination, this story could even be rip-roaringly funny.

Oh, and check out one of the responses...

When men are getting paid 30% less than women, there'll be room for them to complain.

Men need to man up to their responsibilities and stop their whining.

"Oh, my wife told me to take out the garbage and when I kept drinking beer she slapped some sense into me. ABUSEEE!"

If I didn't give him a gentle slap in the face and get him into the right state he would have forced garbage duty on me. When women are doing most the housework already, and he wants to add that onto my plate. Nu-uh, that's oppression and abuse and I'm not taking it.

Women have no choice. We have to hit, or else our men would be using their power to abuse us.

Remember, men have had their time under the sun. It's time for women to shine. We're better anyway.

Fakin cancer to get a free wedding?  WOW!  It would also appear that the guy was duped as well.

"The newspaper reported that O'Connell said Vega pretended to have terminal leukemia "in order to scam him, everyone they knew and a long list of strangers who heard her story and wanted to help." The couple is now in the process of divorcing, and O'Connell is pursuing full custody of their now-1-year-old daughter."

Notice in the story, she pulls the abuse card out... You know, since they are getting divorced - It's a normal part of the woman's game plan.

Seriously, just who the hell is going to believe her about the abuse?  She lied about freaking cancer to get a full boat wedding!
Why everybody, that's who... You know damned well that she WILL be believed...

Truth is, she will most likely win custody of "her" daughter too...

"There's a widespread belief that it's mainly women who are the victims of violence in the home, but a study suggests that as many as 40% of victims are men.

Ian McNicholl, who was abused by a partner, and Mark Brooks from the Mankind Initiative spoke to BBC Breakfast.

Also notice how he was abused by "a partner"...  We all know what they are suggesting.

Lastly, watch the video below.  Note how after Ian tells of all the horrible things his FEMALE PARTNER did to him, the woman asks Ian, " Why?! Were you showing any violence towards her?"

WTF?  Is she implying that he somehow caused it?  Sounds like she is blaming the victim to me....

Main / WSOP - Where are the "men only" tourneys?

One, The actions of the oh-so "empowered and equal or better than the men" type women - for which was the bulk of the players.  And two, the typical "white knight" bullshit of the commissioner...

Funny how when men enter a "not officially sactioned by the casino or WSOP event", the poor widdow wyminz suddenly forget what equality in an event that the sex of the player has NO BEARING on ability really means.

Wonder what would happen if Harrahs or The Paris or any other casino were to have an "unofficial male only  event".

Uhuh... You know the answer as well as I do. 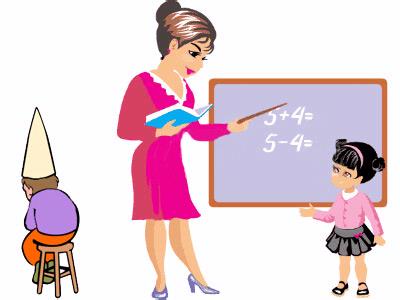 "The court heard Mr Fitton was attacked because, while drunk at her home, he asked Birt to have sex with him, which upset her boyfriend, Beatty.

Skeat and Gerrard then arrived at Birt's home and, after a further attack, Mr Fitton was stripped naked and covered in white paint.

He suffered serious abdominal injuries after being assaulted with a mop handle.

He was then dumped head-first in a wheelie bin and hauled up and down nearby James Street before being found wailing in pain by police, who had been alerted by concerned neighbours. "

Investigating officers found a video camera in the house after the incident last August which showed three clips of the attack, filmed by Birt.

Main / This is great!


And I hate shit-kicking music too!

I just can't formulate the words to describe what I think about this...

Watch the 'commercial'!  Then, think about it.

Main / Powerful video - A message to Tiger (and fathers)

I have a real issue with a young girl (or boy for that matter) not old enough to even wear a bra for crying out loud, using language like that!

Anyone else wonder what this sort of crap will fester within a young girl's mind upon seeing this?

Oh, and please note, quite surprisingly, one of em is a female!

Main / This is a MUST view.

Aug 05, 2009, 05:28 AM
The following PJTV bit is a PERFECT.. AH SAY PER-EFFING-FECT example of role reversal (race and gender).  Taking The Ones, salad shooter, and "rev" wright and others words and reversing the roles....

Main / Perfect example of what the "establishment" does with "studies"...

What Is Missing? Dads

This article by Katie Powalski of the Orlando Sentinel, published in the St. Paul Pioneer Press (PP) talks about a survey by Babytalk Magazine. In summary, Katie's article states that "Babytalk Mag. found many married women feel it might sometimes be easier to go the mommy route, alone." Key reasons for their conclusions included: The idea of not fighting with a partner over the best way to raise a child; not having the chore of keeping up a healthy marriage (69%); not dealing with in-laws (30%). According to Ms Powalski, single moms agree, with two-thirds of unmarried moms feeling it would be harder to be a parent if there were a man in the house.

I tracked other information related to the survey. Powalski's article was a bit selective in what it emphasize. Ignored in the PP/Sentinel article is the following statement from the survey: " a whopping 81% of unmarried moms also agreed that "marriage is a sacred institution" and that "a child needs two parents." And 64% admitted that they "wish they were married." Other key points were omitted, including the fact that a number of the people interviewed were in long-term, live-in relationships with the father of their child. The filter process was at work.

My husband and I just saw the movie, Up., a delightful story about a curmudgeon who takes a fantastic adventure with a young boy whose father is missing. Without spoiling the plot, it is quite apparent that the boy wants a man in his life.

I have done it all: Career, postponed first marriage, had a son, divorced, remarried 11 years after the divorce. During my "single parent" stage (of 12 years or so), I did everything I could to provide my son with male models (our family was out of state, his dad moved to the east coast, but our son did visit him): Doctors, Boy Scouts, Big Brother, karate, male teachers. Kids, boys in particular, need men in their lives because they do NOT need to emulate females. I was very fortunate, my son's step-dad provided that visible male role model that he (and all kids) needed. My second husband was there for most of my son's high school years, college, and now, career.

My conclusion on the PP/Sentinel article is that it focused far too much on the mom - it's the kids who need to be the focus. Survey after survey find that kids simply do better with dad in the house.

KING ADDS: Mrs. S and I saw Up between my trips, and loved it. If you are a father of a son with whom you have a less-than-full relationship, watch this movie and get your resolve Up.

JENSEN BEACH - A man was charged with domestic battery after he drenched his wife with a garden hose and attacked her for smoking in the house, according to a police report.

The altercation began Saturday evening when the victim entered the couple's residence in the 1400 block of Northeast Chardon Street while smoking a cigarette.

The affidavit says the victim's husband, John Jeffrey Murray, 51, began yelling at her about smoking in the house and sprayed her with the hose.

When the victim picked up the phone and began calling a friend, Murray believed she was trying to call police and began trying to grab the phone from her.

According to the affidavit, he hit the victim in her mouth with his elbow during the struggle.

Despite the victim's clothes being soaked with water, Murray told deputies he had been watering the grass and did not intend to spray her.

The affidavit says he claimed the water was simply "over spray."

Main / Yet another DV case in the spotlight....

Here's the kicker though....  Read the affidavit/arrest warrant closely....

What do you see?  Anyone?  Beauler?

Situation came about during his child pickup time (ahem)
Nothing about what SHE did or said what-so-ever.
She was "in fear of bodily injury" (canned PP line of course)
Female judge

And here is the best part:

SHE (the alledged victim) is the prosecutor in her own case?

He has a leg to stand on doesn't he.